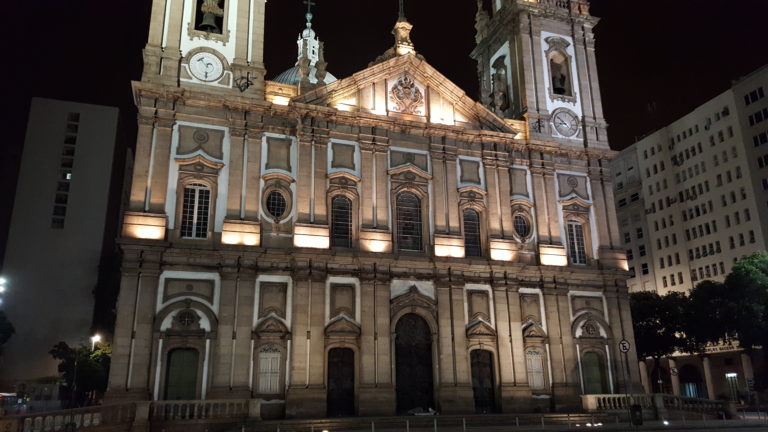 I’m starting to get a sense of the city’s soul just in the kilometers I’ve walked over a couple of days. I judge a city a lot on its cleanliness, which to me demonstrates pride in where you live as well as values and opportunity. Coming from Sydney’s Northern Beaches which is open spaces, clean air, great sanitation and good rubbish programs I know I’m spoiled.

Of course I’ve read all the reports about the pollution and yes there have been some open water channels with extremely offensive smells but the Centro area where I’m based until I move to lively Copacabana smells of popcorn carts and bread shops. It’s an amazing mix of churches, cobblestone alleyways, high rises, six lane main roads and chocolate and peanut sellers on the sidewalk. 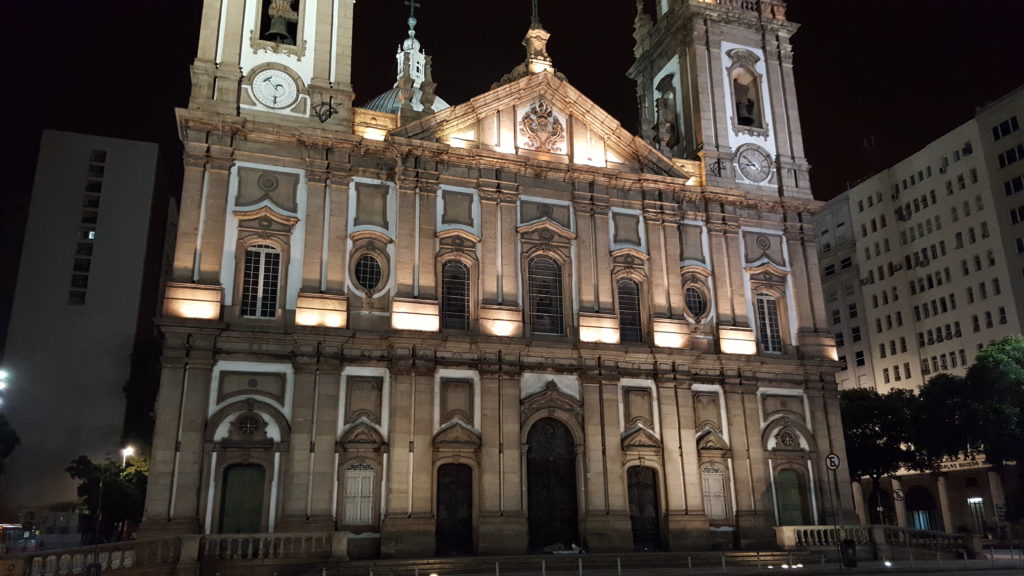 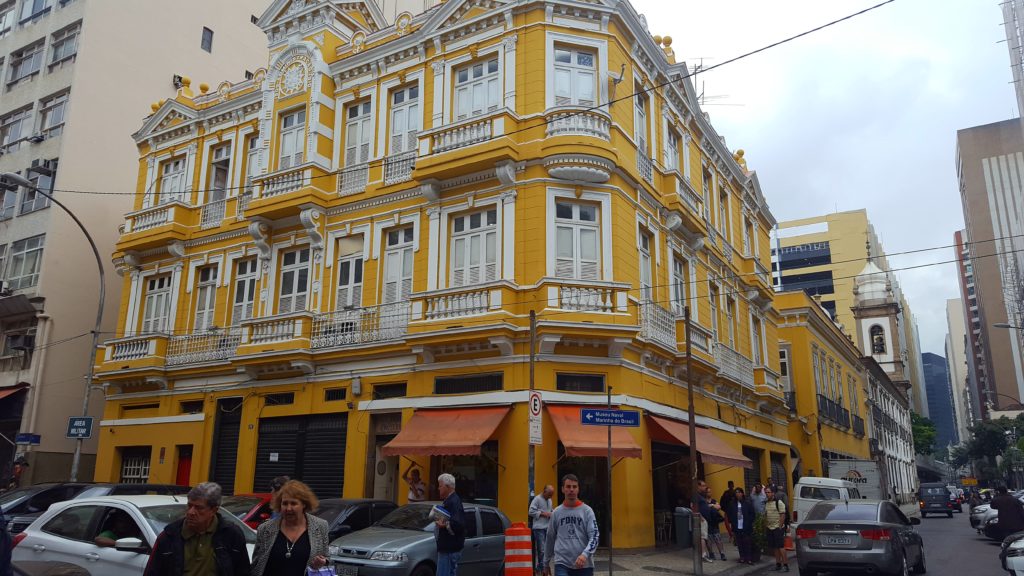 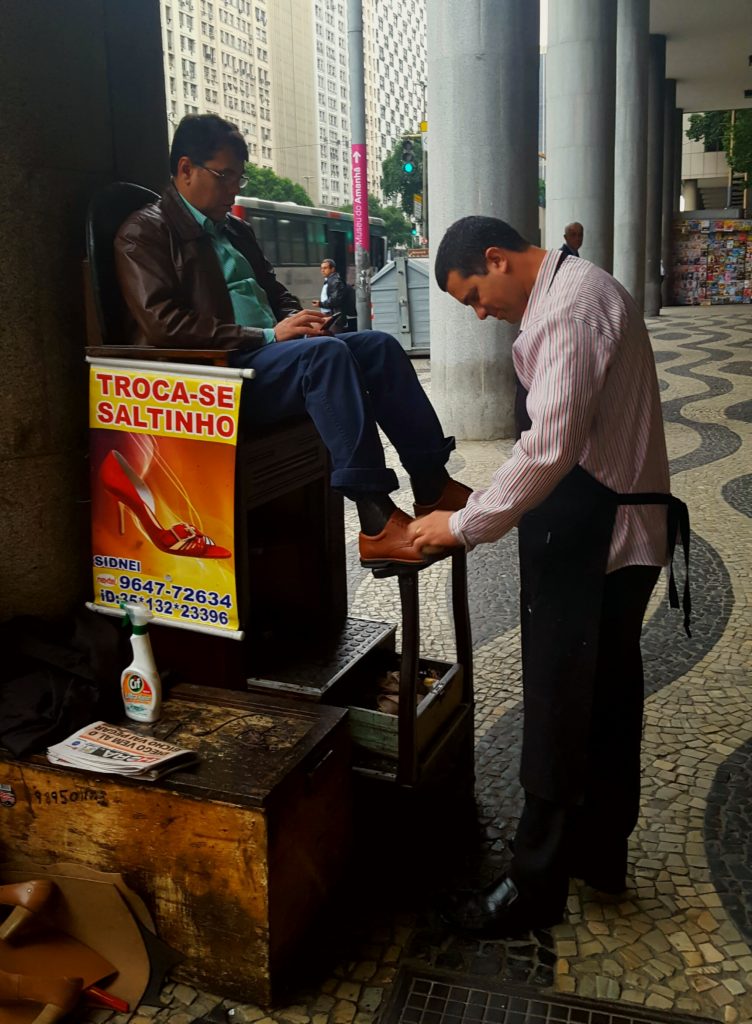 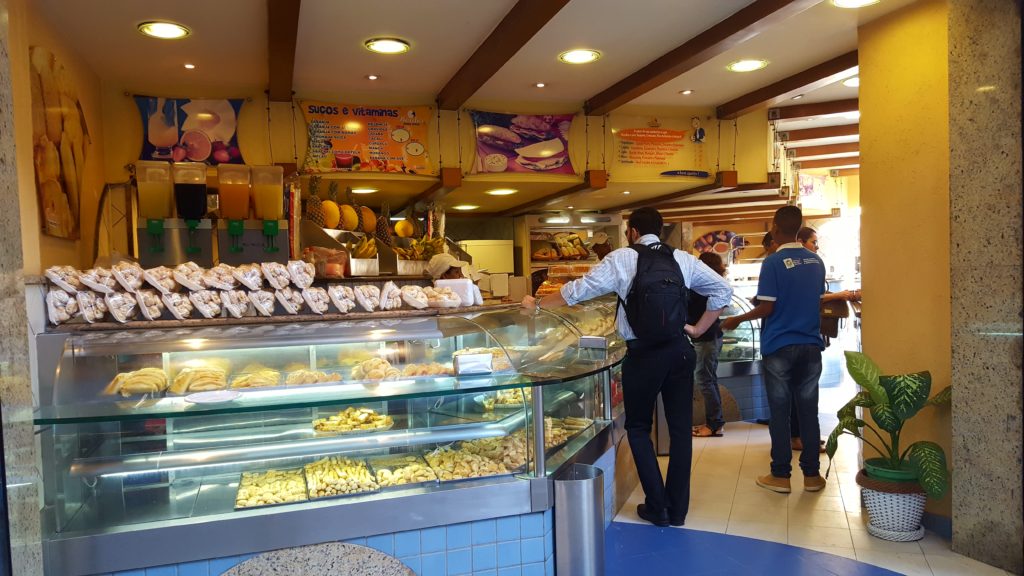 Along the waterfront on today’s walk the building program was humming along. It seems one of the major projects is to finish an above ground modern tram network and in the port/Navy district you could walk straight through the tram construction site.

The sounds are of buses and cars honking and braking, people shouting, sirens, the whistle of traffic controllers and church bells tolling. For this island dweller it’s a good chance to get out of the bush and feel part of a city’s energy.

Traffic is bad in the business district and we’ve noticed our trip south to the Main Press Centre is taking longer, from 45 mins in the first few days to an hour and a half yesterday. I think an overwhelming challenge is going to be transporting people around when the numbers peak.

Everywhere there are men (usually) in uniform keeping an eye on things, providing escorts for speeding black cars with tinted windows and now lining the key roads brandishing assault rifles. They are the military while standing on street corners are a different group, wearing red and white uniforms and bullet vests with hand guns strapped to them. Then there are the police who randomly seem to park at the side of the road with their lights flashing – not sure whether they are warning drivers or ready to give chase. 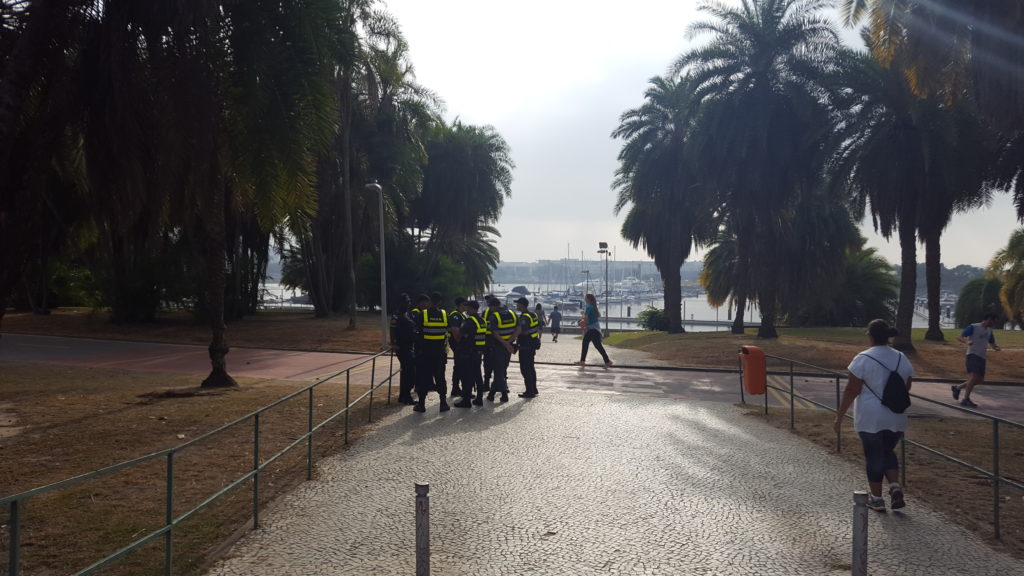 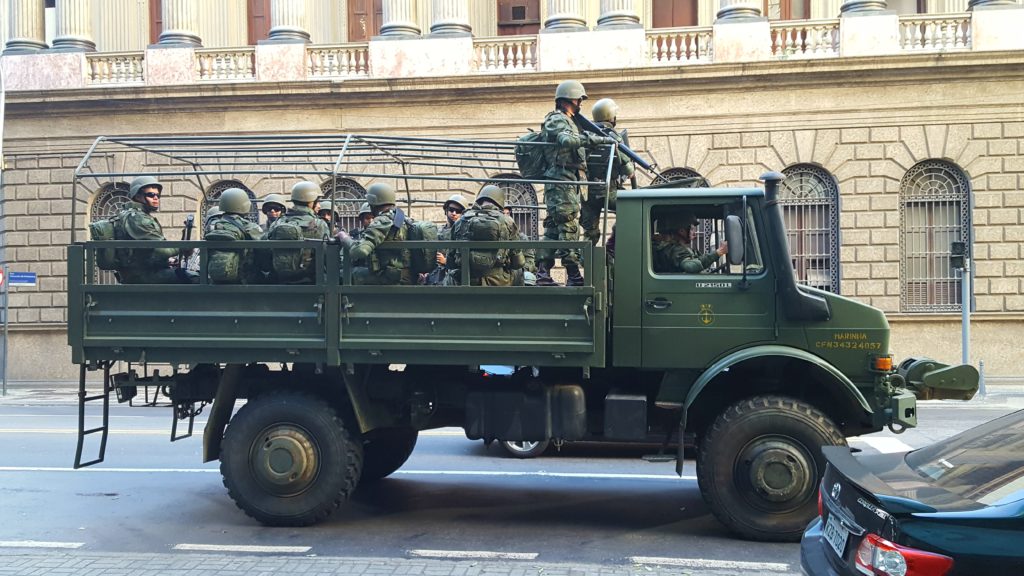 Now that training is done we have been pushed from the nest and each ONS writer is waiting for their venue to open to get started on digging up news stories in time for July 25th, when the main ONS website goes live.

I’ve now met my venue manager and can’t wait to get started as I’m feeling more like a tourist than a worker ready to turn myself over to this major event. Yesterday was spent trawling the sailing entry list and following athletes’ social media feeds plus the major news outlets’ feeds.

The value of Twitter has always been questionable to me (so gen X) and it seems sailors are HUGE Facebook users so I’ve always gone with that medium, but now I’m relaxing into the idea of switching between feeds. Before my walk today I still grabbed a street map, and it felt good circling the museums and sights I wanted to see and making notes on the side.

Being here a few days, not speaking Portuguese and being employed by the Olympic organizers means I’ve only had conversations with those the supporters of Rio staging the Games. I like to be fair minded so I did some reading, to have a more rounded view.